Building a Customer Relationship: What not to do 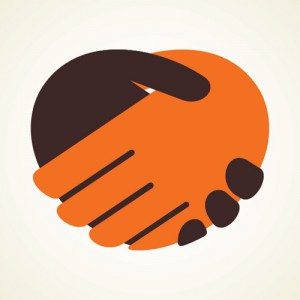 So you’re successful, we know. You close deals in your sleep. We don’t doubt that. But what would you say if we wanted to make you more awesome? More awesome at cold calling, pitching and closing deals. Not by telling you how to do your job, but how not to do your job.

Many of us may be trying too hard, while some of us are not trying hard enough, to build our prospect relationships. This is where the sales process starts and ends. Here’s what shouldn’t be happening as our relationships with prospects progress.

Seriously. There is nothing that will make a prospect gag more than a kiss-up. Jerks don’t close deals either, but you shouldn’t be shining your prospects shoes and making them gourmet lunches. Even the best of the best can’t fake intimacy, they just know that sincerity will always win out. That is what makes them the best.

So what does sincerity look like? Always communicate with prospects truthfully by not overpromising. They will remember what you promised. When you can’t deliver, your relationship will be tarnished and I promise, it won’t be pretty. There will be more work and more kissing up, and I know you don’t have time for that. Also, don’t badmouth the competitors. It just seems childish and lazy. What you can and should do is point out their competition’s flaws and tell your prospects how you can make them better, but be professional about it.

Overall, be sincere in everything you do. Understand your prospects have probably been screwed over in the past by some manipulative salespeople. We know you aren’t like that, but they might not. Prove your honesty by continually following through and they’ll start to relax.

Don’t leave the next move up to them.

“If you have any questions or would like to know more about our product, feel free to contact me…” Does this look familiar? You’ve probably seen this in novice follow-up emails before. While this may be common and expected, we know you want to stand out, and we have a better idea.

Prospects are busy. (Or we hope they’re busy. That might be a red flag, if not, and you may want to pursue different leads.) Rather than making your prospect do the work (which they probably won’t), you should be coming to them. Here’s how: Send them your information and then tell them you will call them next week to further the discussion. Give them a specific day and time, so they know to expect you. They’ll know you’re serious and reliable, and you won’t have to wait by the phone like a teenager for their crush who promised they’d call.

Yes, you are trying to get something out of someone, which is naturally an inferior position to be in. This doesn’t mean you don’t have some control. If you’re prospecting right, you are talking to people who have a need, and hopefully a want, for your product.

One mistake we sometimes make is to defend our product—it’s only natural. But it’s ineffective. It might set off the “salesperson” alarms for that prospect. When asked why your product or service is the best, don’t get defensive. Instead, ask them where they think their organization is lacking and what they hope to change. Then walk them through the ways your product or service can get them to where they want to be. It’s targeted, it’s efficient, and, most importantly, it’s honest.

Setting time constraints before a meeting is another way to show you’re in control. We sometimes make the mistake of overstaying our welcome and continuing to push. Instead, set a time limit right away. Immediately, you will set yourself apart and feel like a breath of fresh air to your prospects. It is a respectful way to tell your prospects that you understand their time is valuable, and so is yours.

Another way to communicate that your time is valuable is to stick to deadlines. If your clients asks for a time extension, don’t be too lenient. This establishes a sense of urgency and importance that will probably work in your favor. Just remember to use your judgment in this situation—if the relationship has already been established and the prospect is about to sign a gazillion dollar contract, you can probably be a bit more flexible.

You close deals in your sleep, we still know. Which means you have an awesome sales process. If not, change it. If so, stick to that process. Don’t skip a step unless it’s truly appropriate and necessary. You have a lot going on, and things get complicated when you go off script for not only you, but also for the rest of your team. Consistency is a huge key to efficiency.

Show that you can put yourself in the prospect’s situation and give them what they need without them having to tell you. Basically, use your brain. If you’re still not sure how to do this, here are a few tips:

Know your prospects. Go beyond their LinkedIn profile and be a detective.

Always follow through. Always send that email you said you were going to send—ahead of time.

If there’s one take away from this whole post (although we know there are more), it’s to be honest and sincere. Always.

Erica Herbert is a Digital Content Writing Specialist for Fathom. As an avid student of sales and marketing, she’s constantly striving to learn from the best so she can then share with you.